User Defined Functions (UDF) came first with SQL Server 2000. While developers welcomed the introduction of these features, they became a DAB nightmare. This session start with the very basics of User Defined Functions (SCALAR, MULTI-LINE, INLINE) and shows the problems of functions when they get used in queries. Lots of improvements have been made since to speed up queries which are using UDF. The second part of the session treat the great improvements of execution of functions and show ways to reach new records in the execution of your queries with UDFs. 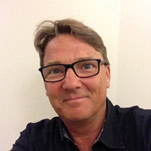